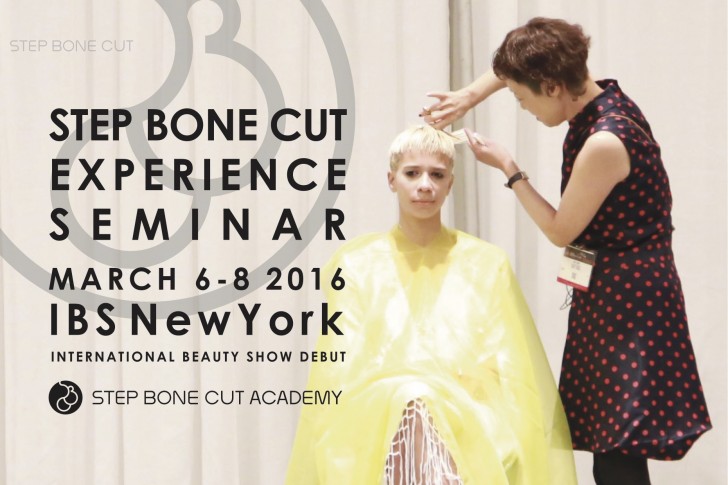 From March 6th-8th, 2016, Sayuri Ushio, founder of Step Bone Cut, held a Step Bone Cut Experience Seminar about her patented technique at the International Beauty Show at the Javitz Center in New York City. As one of the only Japanese speakers in the last 100 years  to participate in the show, Sayuri’s seminar received a lot of acclaim and attention. 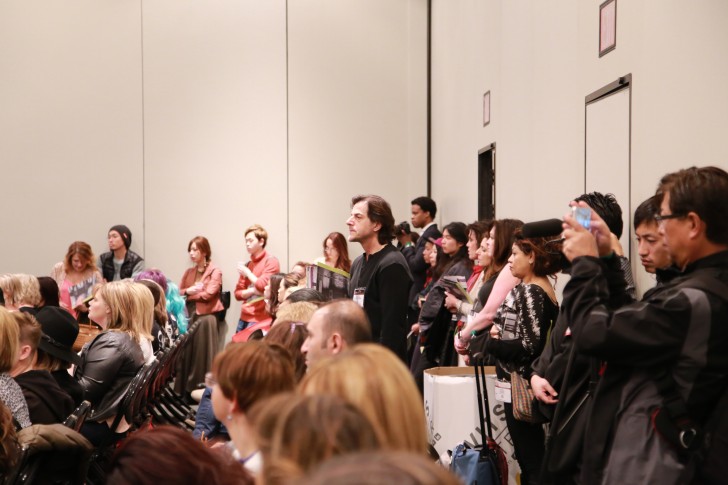 Over 60,000 beauty industry professionals from all over the world join this yearly renowned event, that offers exceptional free classes and in-depth hands-on workshops to help participants improve their skills.

Only 90 talented speakers are chosen to participate in the highly selective educational program, which attracts most people to IBS. Despite not having much of a presence in the U.S., Sayuri was invited as a speaker. In addition to that, her seminar on her patented techniques was part of the class category that received the most attention. 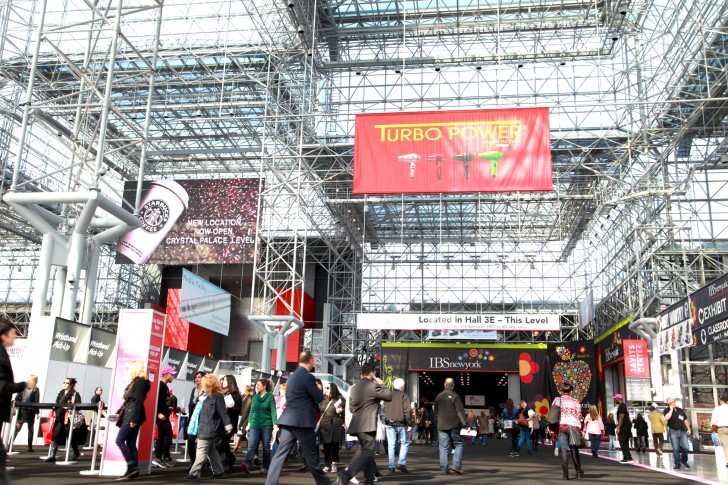 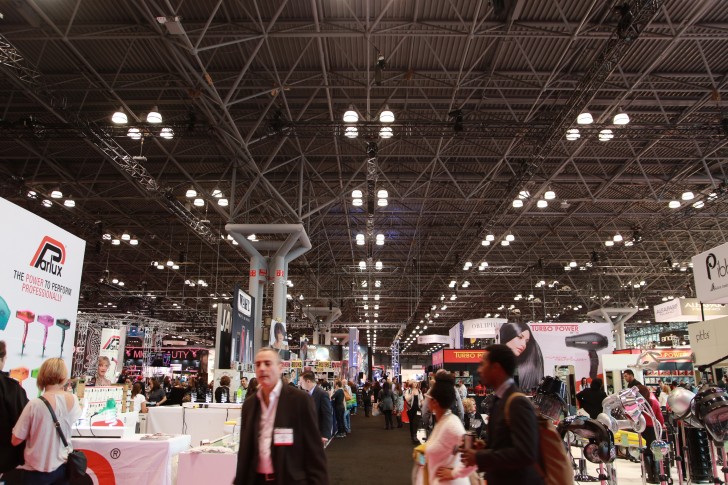 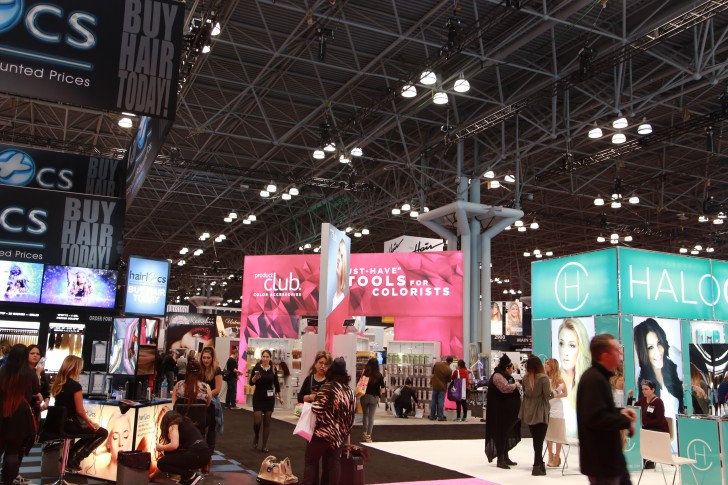 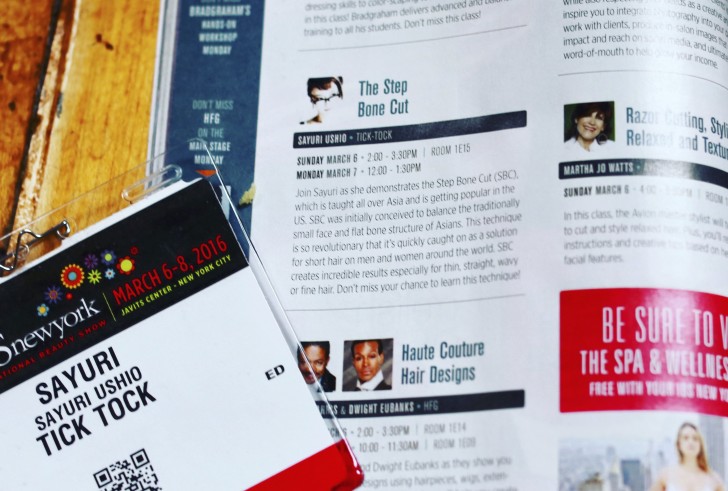 Sayuri is one of the few stylists to get invited to IBS New York which boasts sought-after hair stylists such as Ted Gibson who works with celebrities like Angelina Jolie, Anne Hathaway, Lupita Nyong’o and more and charges around $1500 a cut. 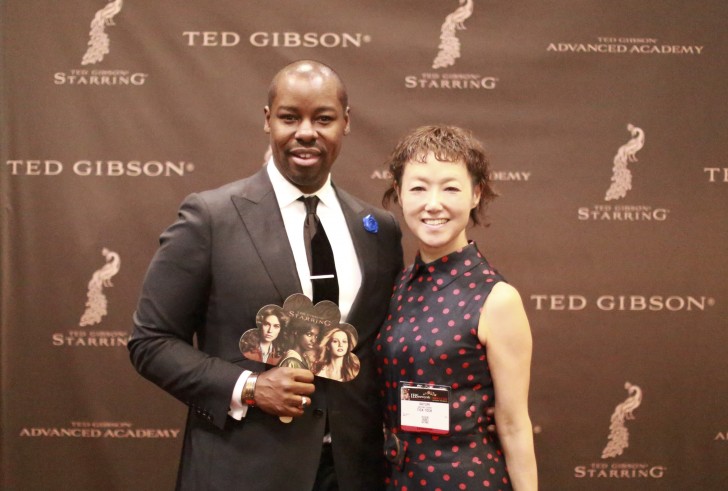 Sayuri’s seminar attracted a lot of media attention both Japanese and U.S.  Her seminar successfully surpassed all expectations with an attendance of over 600 people in three days. The first two days, there were more people than chairs. 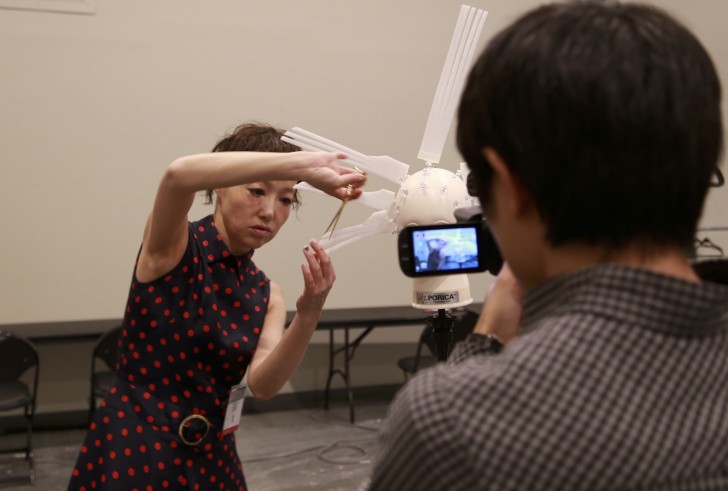 The Step Bone Cut demonstration was the most well-received part of the seminar. A few lucky volunteers were given the opportunity to be Sayuri’s models during her seminar.

The audience was amazed and impressed by how she effortlessly transformed hair. She also encouraged the audience to touch the volunteers hair before and after the cuts to show how much the Step Bone Cut can improve hair condition and style.

After the demonstration, most of the audience stayed for the Q&A session with great questions and comments. 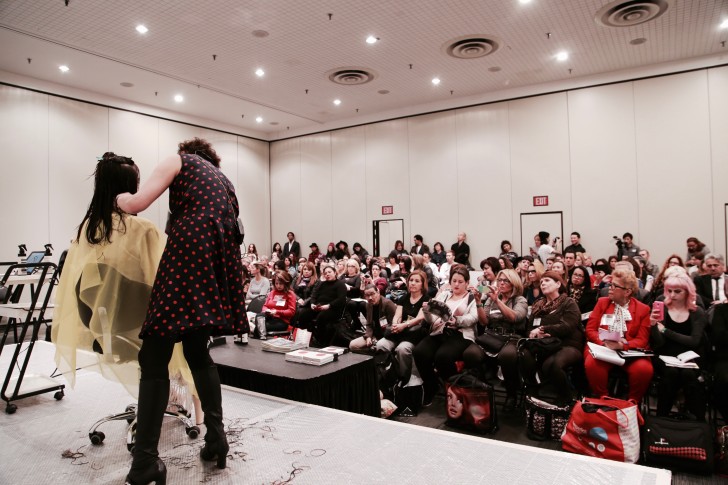 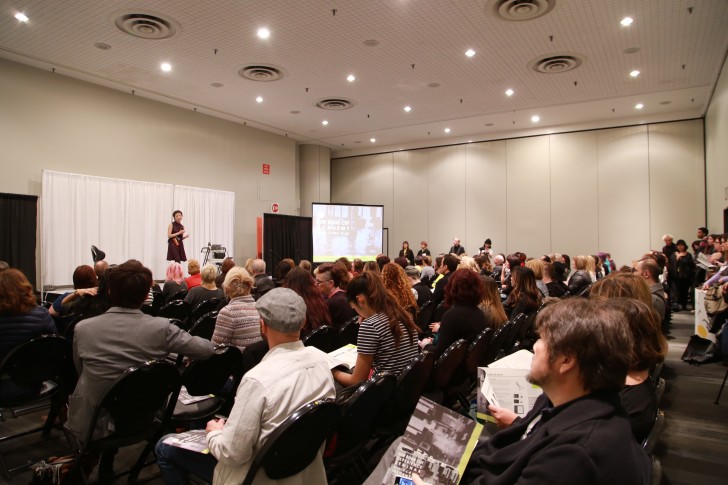 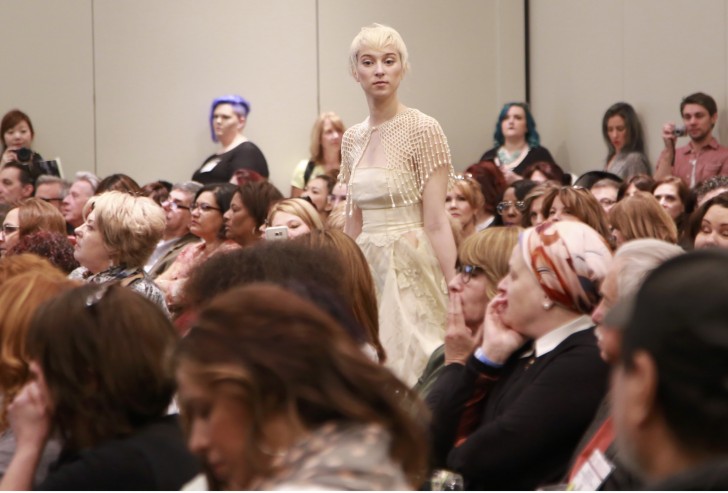 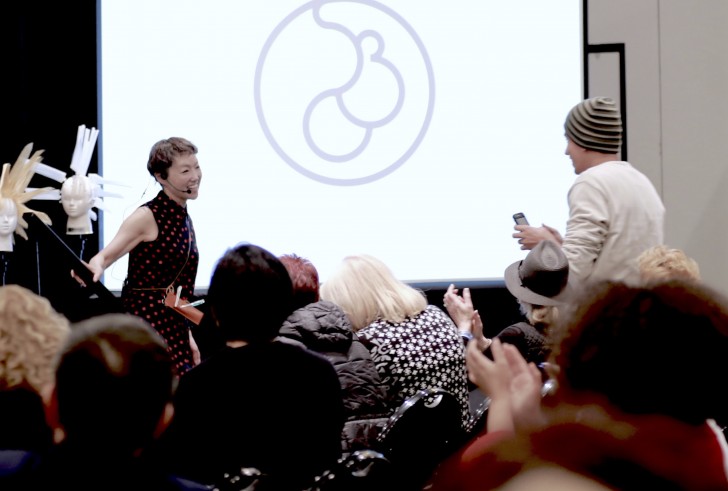 Some of the testimonials we received from the audience were:

“The short and bob hairstyles are very stylish!”

“It’s great to see a hair stylists control hair volume with only a hair cut.”

“This technique is awesome for wavy hair.”

IBS was so pleased with the outcome of Sayuri’s seminar that she was invited to IBS Las Vegas this June.

We are overjoyed that such an international audience was so interested in and accepting of our technique.  Our success came thanks to the SBC Association, the fans of the Step Bone Cut, IBS New York and all those who have helped along the way.

This is just the first step in reaching the world. 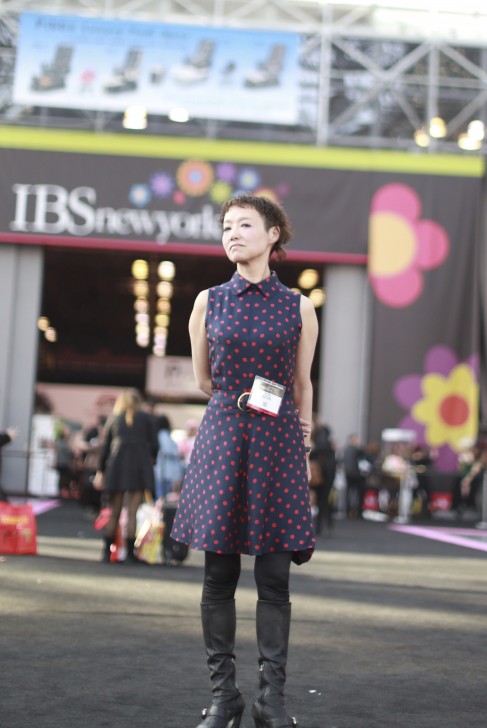 Feel free to ask us anything.  infony@sbc-a.jp

A taste of success 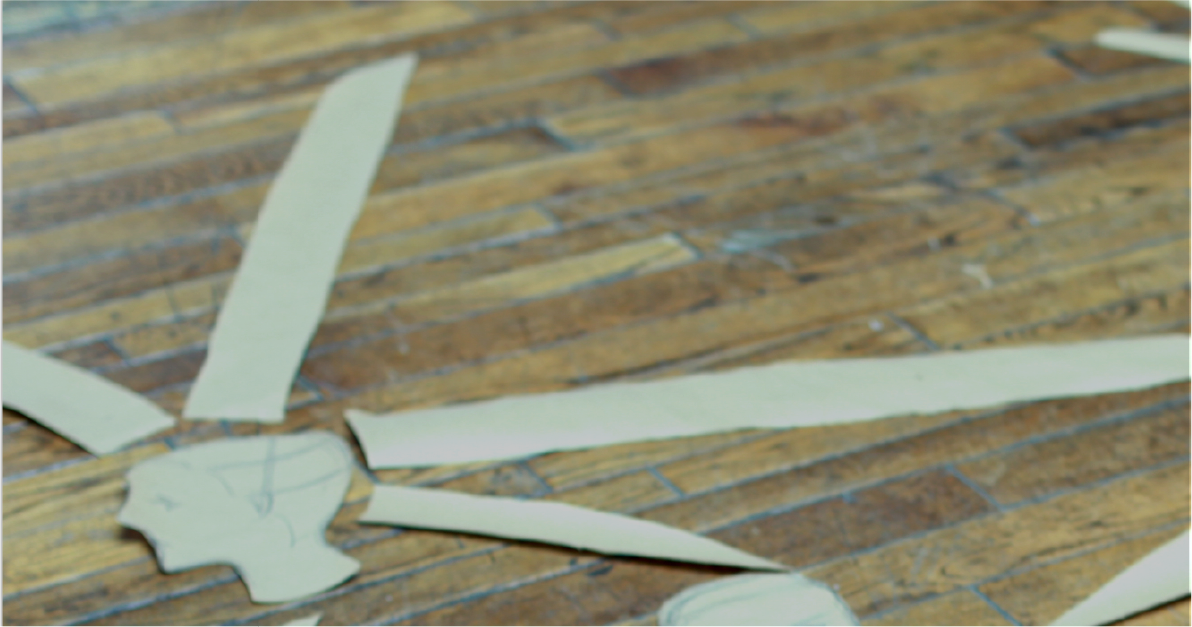 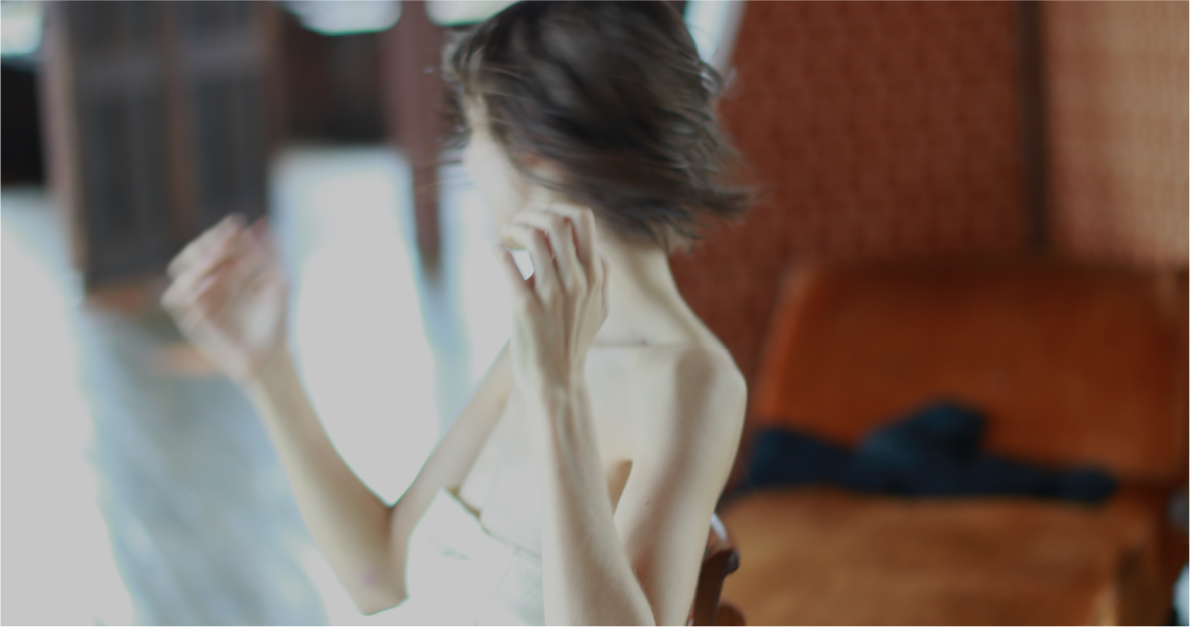 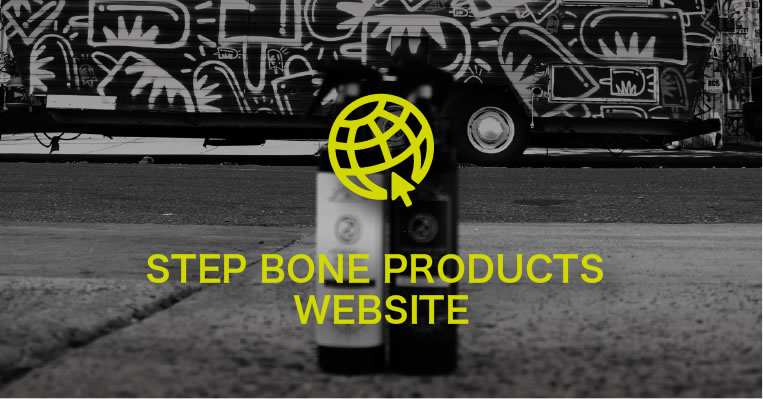 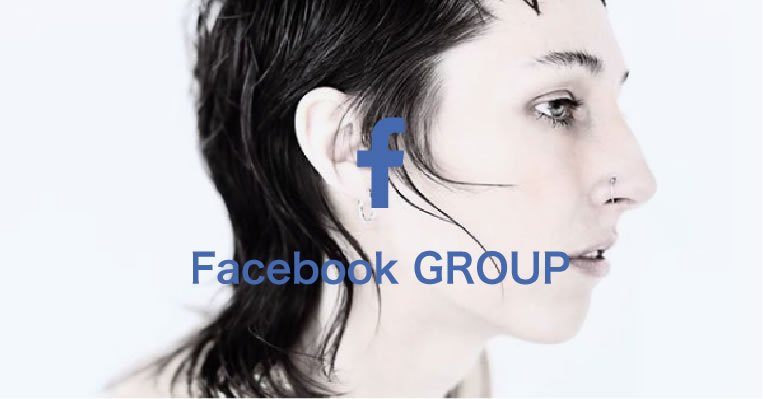 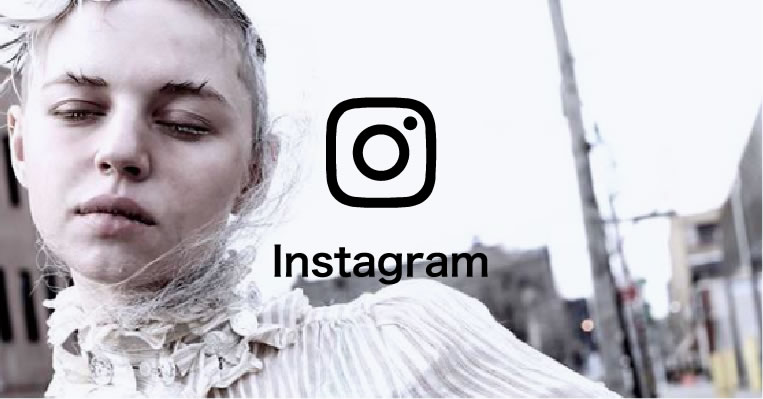 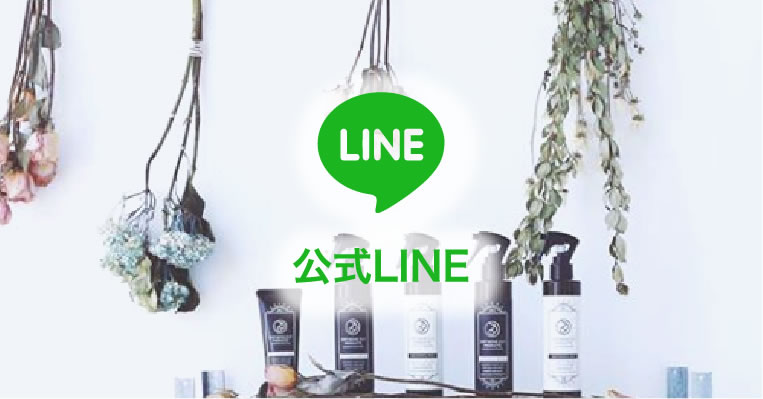